We are supporting Stroke Awareness month by sharing some of our client’s Stroke rehabilitation journey’s.

Many thanks to Phil Pickett for letting us share his story.

Phil had a Stroke in 2014 whilst living overseas and afterwards he was left with a left sided weakness.

In June 2018, Phil came to PhysioFunction and at the time could stand with a Rotastand, no active movement in left arm, unable to step and poor exercise tolerance.

Phil’s goals at the time were to be able to walk a few steps, go fly fishing and to use a knife and fork.

Up until March 2019, Phil regularly attended therapy 1-2 times a week up using hands on therapy, hydrotherapy and FES cross trainer. Phil was also now able to walk approximately 10-15 metres with the Topro frame and was gaining some shoulder activity.

Following the return of face-to-face clinic sessions in June 2020, Phil came back to the PhysioFunction clinic for twice weekly sessions. As Phil had purchased a home exercise bike during lockdown and had been keeping up his home exercise programme, the physio team concentrated on his hands-on therapy in the clinic.

Phil had maintained stepping ability but was struggling to walk 10 metres without a rest, so the team focused on transfer ability, strength and balance in standing and upper limb recovery of his range of movement and shoulder/elbow activity. After 8 months of twice weekly sessions, Phil gradually improved his exercise tolerance, walking ability and started gaining more shoulder activity.

In February 2021, Phil added in a third session to include time with Rhiannon, our Nutritional Coach. Rhiannon supports Phil with nutritional advice and coaching to aid weight loss and improve general well-being. He has also undertaken an upper limb programme with the Intento device.

Goals that Phil has achieved. 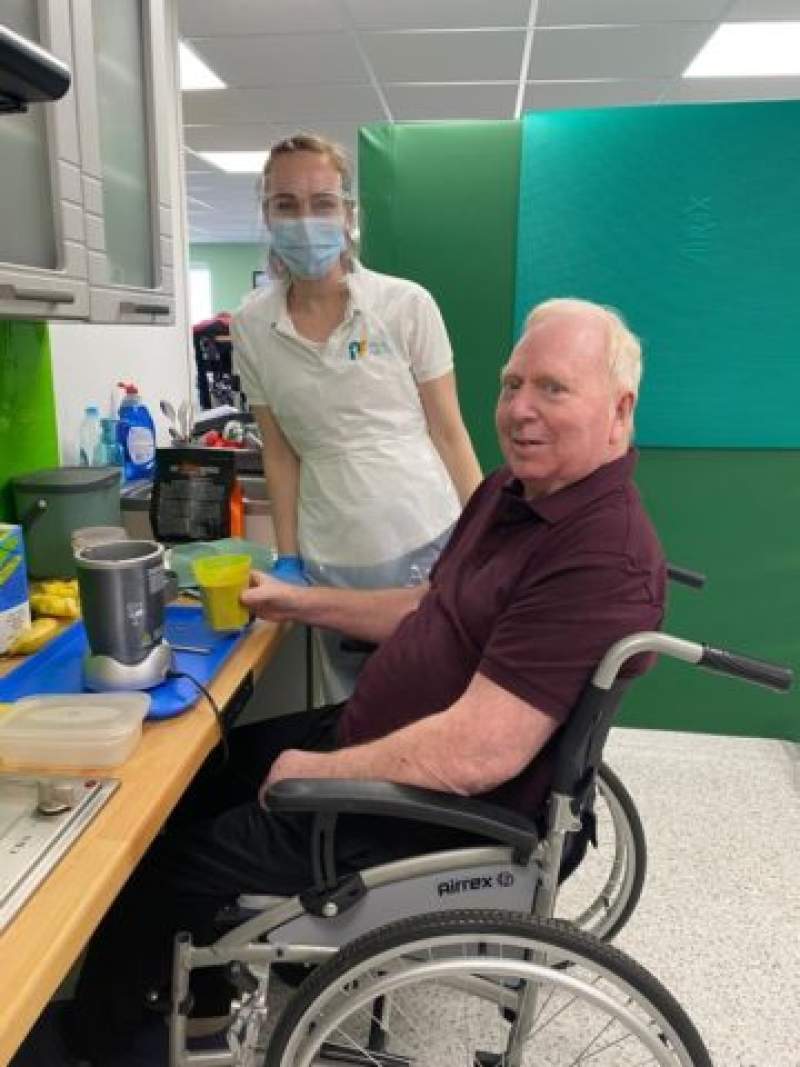