Elliot is 12 years old and has Cerebral Palsy, this affects both his legs and means he struggles to walk normally. He often trips and falls. From the age of 4 years Elliot has worn AFO splints on both legs to try and correct his walking and stop him from walking on his tip toes. Unfortunately these splints were made of hard plastic, were very uncomfortable to wear and have caused blisters and rubbing to his feet and now he is unable to tolerate wearing them.

He had Botox injections to try to relax the muscles, but unfortunately although this helped, the effects didn't last very long. Elliot also had a 'self image' problem as he hated wearing the casts and splints.

Elliot has been using the Bioness Functional Electrical Stimulation (FES) device since November 2017. The FES gives an electrical stimulation to the muscles in Elliots legs making them contract and work "normally", consequently Elliot is now able to walk more easily and has not tripped or fallen since wearing them.

Elliot can now keep up with his friends at school, walk to his Grandparents house and keep up with the rest of the family on walks. Previously Elliot would have to leave lessons at school early to enable him to get to the next class on time, which meant missing out on time with his classmates, but now he can keep up with them.

Claire, Elliot's neurological physiotherapist says "Every time Elliot comes back to PhysioFunction I can see how his confidence has grown."

After successful fundraising we are happy to say that here is Elliot wearing his very own Bioness L300 FES device. 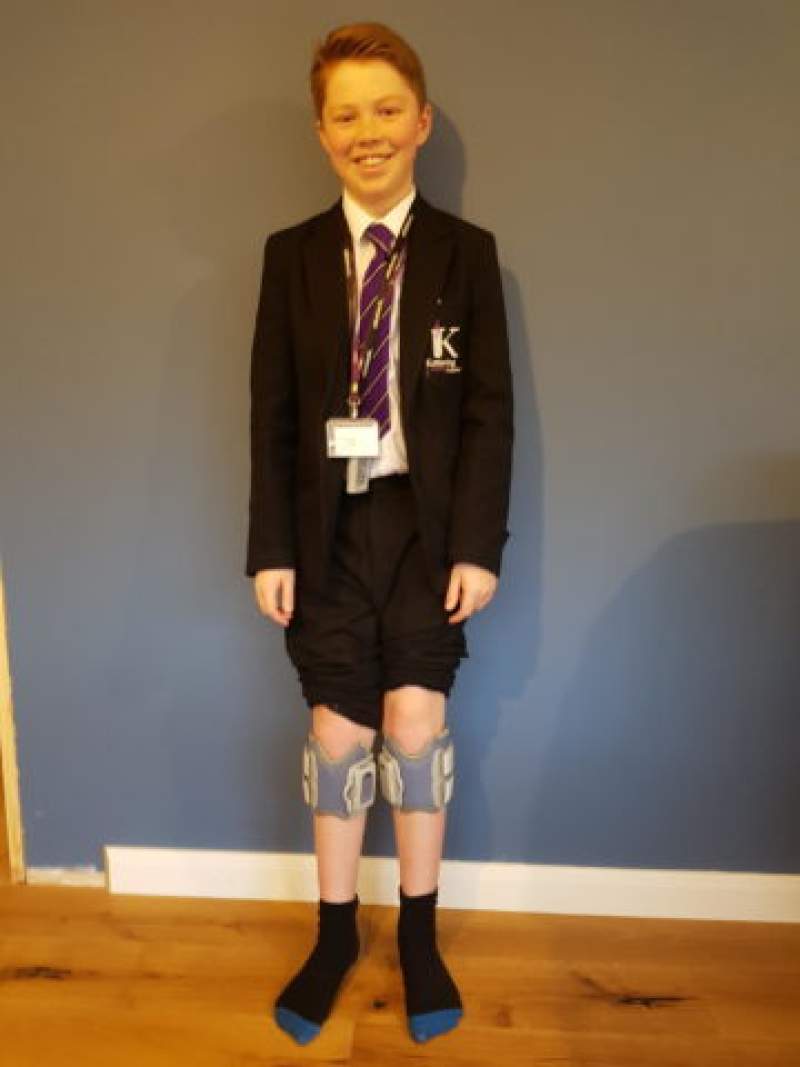