In May 2015, Mark lost the use in his legs after he suffered a severe intervertebral disc herniation in what can only be described as a 'freak accident'.

Mark had felt some minor back pain for about a week, much like hundreds of thousands of people; then on leaning down and twisting to pick up a piece of paper, he suffered the intervertebral disc herniation.

This is basically a prolapsed or slipped disc, albeit of pretty severe proportions. Part of a disc in his lower back had entered his spinal canal and was compressing against the nerves. He knew things were pretty serious as he was in agonising pain and could feel his legs and saddle going numb. He was rushed to Leicester Royal Infirmary Hospital and had emergency decompression surgery. When he came round the pain had gone, but he couldn’t feel or move much of his lower body. He couldn’t walk.

The medical term for the condition is Cauda Equina Syndrome (CES).

Four months later after a seven-week spell at Leicester Royal Infirmary and 10 weeks at Stoke Mandeville Hospital in Buckinghamshire Mark returned home. Mark was using a wheelchair and crutches at this point.

Mark, who previously worked in the public sector is married with two children. Prior to CES, Mark was a volunteer football coach at a local school and a keen member of Hinckley Squash and Racketball Club. He was captain for one of their teams in the Leicestershire squash leagues.

Whilst Mark was at Stoke Mandeville Spinal Injury Unit he was keen to continue with sport participation and took part in their Wheel Power programme. The programme is a national charity for wheelchair sport based at Stoke Mandeville, providing opportunities for disabled people to play sport and lead healthy active lives.

At Stoke Mandeville, Mark also took part in the Spinal Unit games and participated in tennis, table tennis and pool.

Friends and neighbours in Mark’s village and members of the 'Squash' community helped raise money for vital sports and gym equipment enabling him to remain an active sporting participant when he left Stoke Mandeville.

Mark said: “Being an active sportsman, continuing with sport is very important to me, both physically and psychologically. So being able to play sport competitively again, albeit now in a wheelchair, is massive”.

How PhysioFunction Team have helped Mark...

Mark started coming to PhysioFunction in November 2015. His first visits were in a wheelchair and he then progressed to two crutches. Now he walks up the stairs to the gym with one stick and completes the Neurofit classes with no walking aid.

Claire who is Mark’s Neurological Physiotherapist at PhysioFunction used hands-on treatment and exercise as well as electrical muscle stimulation to improve the muscle bulk in his left leg. In walking, she utilised an FES (Functional Electrical Stimulator) from Odstock to stimulate the thigh muscles. Unfortunately due to the severe nerve damage the FES stimulation wasn’t effective on his lower leg so he wears a Trulife Matrix orthotic splint to assist his Foot Drop.

Mark attends a Neurofit class at PhysioFunction. These exercise therapy sessions are designed for people with neurological conditions and focus on maximising fitness and strength. They are run by a professional fitness trainer together with an expert Neurological Physiotherapist and Sports-Therapist. Mark attends these classes weekly; always keen to push himself to progress his recovery and is a great motivation to others in the group.

Mark also has recently invested in a hand bike so that he can get out and about in the fresh air.

PhysioFunction recently held a climbing day for clients and physiotherapists. Mark attended with his daughter and they both thoroughly enjoyed the experience – so watch this space as this may be next on his list of sporting activities! 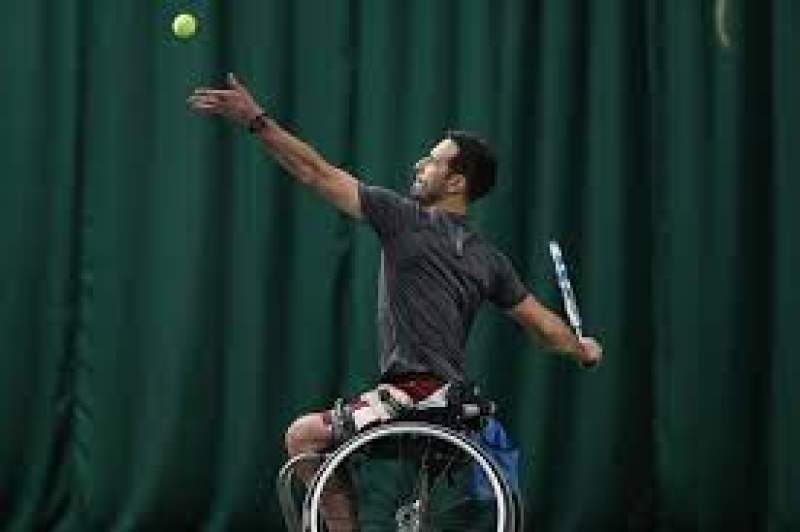